Leatherman is an American brand of multitools and knives made by Leatherman Tool Group of Portland, Oregon, US. The company was founded in July 1983 by Timothy S. Leatherman and Steve Berliner in order to market his idea of a capable, easily portable hand tool with multiple functions. That same year Leatherman sold the first multitool, which was called the PST. Leatherman’s primary products are multi-tools and knives. Most Leatherman multi-tools are built around a pair of pliers, with up to 21 additional tools stored in the handles, including knives (straight and serrated blades), screwdrivers (flat, Phillips), saws, wire cutters and strippers, electrical crimper, bottle opener and can opener. Most models have a built-in safety mechanism that locks the active tool in the open position when fully unfolded. Models range in weight from the 12.5 ounce (335 g) Surge to 0.81 ounce (23 g) Style.Leatherman currently produces folding knives under the Crater name. Models range from two tools (knife blade and carabiner/bottle opener) to four (blade, carabiner/bottle opener, flat and Phillips screwdrivers) Most multi-tools have a base of wrench, pliers, wire cutters, and a knife. The next step is deciding what else you need 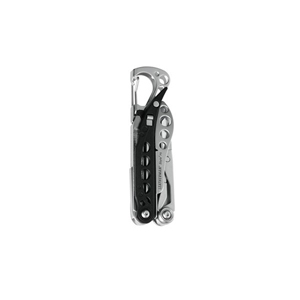 These compact, easy-to-carry flat tools give you the essentials for any activity. From early morning duck hunts to late evening skate sessions, we’ve got you covered If all you need is a state of the art pocket knife look no further. All Leatherman knives can be opened with one hand and lock for safety Ultimate wearability and modern style. Roll up your sleeve and get to it with the multi-tool that’s always on and built for the job at hand

Leatherman Products are available in the below Categories